At this point we all know Gluten is the Devil, right? Look, I even capitalized the "G"in gluten as if this little protein is running for the election. But, is gluten as bad as Trump? Let's take a look!

A study in the Journal of Nutritional Biochemistry noted that, "... data suggests that diet gluten exclusion should be tested as a new dietary approach to prevent the development of obesity and metabolic disorders."

Often I hear people (especially here, in Boulder, CO) say something along the line of, "Oh, no thanks, I'm Gluten Free". But why? Do they have Celiac Disease? Or maybe a Non-Celiac Gluten Sensitivity? Maybe in constipates them or makes them break out, or feel bloated. The reasons for rejecting gluten abound. So should we all be cutting it out from our diet?

First off, what is gluten? Most people have no idea, they just know they might turn into a three-headed demon if they eat it.

Gluten is composed of two molecules, gliadin and glutenin, which are attached to the endosperm of many grass-related grains such as barely, rye and wheat.

These proteins can be found in rice and corn, yet they are not the same as the “true gluten” found in the Triticeae gluten family (wheat, rye, barley, etc).

Gluten proteins are what lend themselves to the doughy qualities of all drool-worthy breads (hence why "bread flour" is super high in gluten; gluten has elasticity), and what allows top chefs to make the perfectly vicious roux. At one point, it was thought that gluten (one of the gluten proteins) was “non-toxic”, leaving only gliadin responsible for causing Celiac Disease (CD), however, according to the European Journal of Gastroenterology and Hepatology, peptides (small proteins) from both gliadin and glutenin proteins are “immunostimulatory” (meaning they can stimulate your immune system) for those with CD. However, there are similarities between the primary structures (also known as the amino acid sequence) of both gliadin and gluten, causing some researchers to believe that both components of gluten are "toxic".

At this point, who can be sure; we now see CD, gluten intolerance, wheat, barely or rye intolerance, and Non-Celiac Gluten Sensitivity (NCGS).

NSGS tends to cause inflammation in the brain more than in the muscus membranes of the gut, yet dysbiosis is often associated with it. Dysbiosis is when the bacteria in your gut are not healthy. It can cause, " gut inflammation, diarrhea, constipation, visceral hypersensitivity, abdominal pain, dysfunctional metabolic state, and peripheral immune and neuro-immune communication..." and boy oh boy, do we want to avoid those symptoms!

Still, the answer to our original questions, "should we all cut gluten out of our diet" tip-toes on as a mystery.

After all, now, our gluten-containing grains are grown in mono-crops, drenched in glyphosate "Round Up" pesticide, and have likely been genetically engineered. Plus, gluten-filled grains are usually in products that are filled with sugar and vegetable oils; a perfect trifecta of INFLAMMATION.

One study even looked at the impact of a gluten free diet on pregnant mice. Here is what they found: "...a GF diet during fetal and early postnatal life reduces the incidence of diabetes . The mechanism may involve changes in gut microbiota and shifts to a less proinflammatory immunological milieu in the gut and pancreas." In other words, cutting out gluten created a healthier gut environment, and reduced the inflammation generated by the immune system. Would this also be reflected in humans? Who knows.

What we do know is that many people feel exponentially better after they remove gluten-containing foods from their diet (no, that doesn't mean everyone). Many who consume gluten-containing foods feel that they are not impacted by them, and maybe they aren't (or are not impacted yet). I will say that in my private practice, most of my clients that avoid gluten have a few common outcomes: weight loss, less cravings, more energy, and less digestive upset.

If you AVOID gluten, or want to experiment in doing so be sure you:

4. Eat enough! Don't cut foods out without adding new, nutritient-dense foods back in to replace it. If you add healthy food in to replace the gluten-containing foods you took out, you'll avoid a crush-and-burn situation when you get too hungry for your own good. AKA "hangriness"

If you EAT gluten-containing foods:

1. Be sure to buy organic to avoid high levels of glyphosate, which can have various detrimental impacts on the body.

3. Find a high quality bread that is not enriched or fortified. Sourdough is the easiest for most people to digest due to the fermentation process, which pre-digests some of the proteins.

4. Be sure to get lots of pre- and probiotics, omega-3 fatty acids, and healthy fats in your diet as well.

I hope this helps a little bit. Do you avoid gluten? If so why and what do you notice? Or, do you think it's just a trend?

prevalence of celiac disease in the united states. Am J Gastroenterol

Howdel PD. Gliadin, glutenin or both? The search for the Holy Grail in coeliac disease. Eur J Gastroenternol Hepatol 2006;18(7):703-6.

Brain Fertilizer, For Real: Part I

RADIANCE: Eat to get glowed up 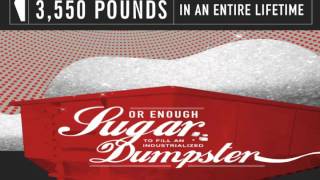 Fructose: Why you should avoid it 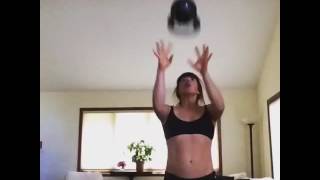 Quick Kettle Bell Circuit That Will Revolutionize Your Body